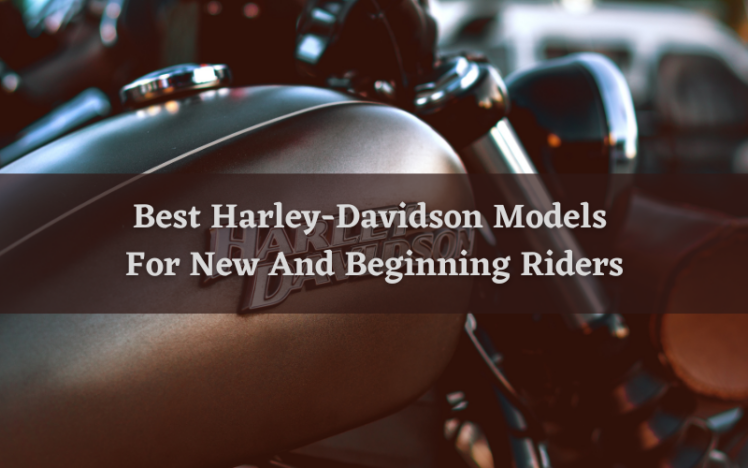 Most grown-ups must have ridden a bicycle as a teenager. Once the legal age has been attained, people turn to motorcycles. Choppers are one of the classiest bikes on the road. When it comes to choppers, Harley Davidson is the leader.

Whether we consider the quality, style, power, or convenience, Harley Davidson is the best a rider can get.

As a beginner, getting accustomed to a specific type of motorcycle is essential. The scope of making slight driving mistakes are present. At the same time, the budget is usually lower.

Post considering such factors, and one should purchase a bike. Let us look into the best Harley-Davidson models for new and beginning riders.

The Best Models For New Riders 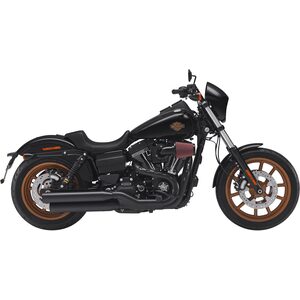 The Low Rider is a great pick for new riders. The handle placement is of a traditional cruiser. An upright position is offered to its rider along with a middle-mounted foot control. Another standard feature is the screen on top of the headlight.

It enables better visibility of dials and meters on the front of the bike. An innovative feature is that the components can be modified and customized as per the choice of the owner. Upgrading and changing the style of the bike is convenient.

The Low Rider packs a twin engine that is ventilated by dual exhausts. Offering a mileage of almost 20 kilometers per liter, the bike is a great cruiser for a bike in that range. One drawback might be that it has one seat for its driver only.

One cannot be accompanied by someone else on this bike. The Low Rider has a lower center of gravity, making it stable. It is priced at a decent $17,530. 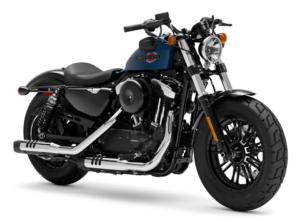 The Harley Davidson Forty-Eight is a more race-conforming option for new riders. It brings to the picture a forward-leaning seating which might be hard on the back on long rides but is surely going to aid handling at higher speeds.

The bike’s build is made of metal alloys which make it rigid. A metallic chromium finish has been given to the visible parts for aesthetics. Since the bike seating and handle alignment are forward-leaning, the foot controls have been placed forward too.

The best part about this bike is the 1200 cc double-piston engine. It gives an immense amount of power. The mileage of 20.5 kilometers per liter combined with its high-capacity engine is incredible to have been achieving.

The cost of the model is almost too good to be true. A motorcycle offering a high-capacity engine along with good mileage at $12,300 is perfect for a beginner. 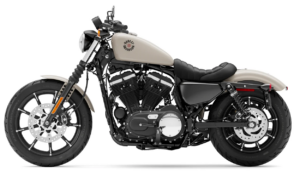 The Iron 883 is a model that never fails to impress. The design is such that the rider will sit upright in a comfortable position. The handle is higher than the seat and does not stretch too far ahead. Such a design improves the rider’s posture by not requiring them to lean forward.

This characteristic makes long drives possible. Commuting between distant places is easier with this bike. It is also classified as a cruiser which implies that it is meant to be ridden for long periods.

It has a dual exhaust mechanism that allows maximum ventilation to the engine. The classical 1990s design seems perfect for a newbie. As the name goes, the engine is 883 cc. Compared to some other models, the power might seem lower, but when compared to other brands, it is surely a pick for the road.

Besides, a lower capacity means that it will consume lesser fuel. The mileage offered is 21.6 kilometers per liter. The pricing is the cheapest at $9,500. 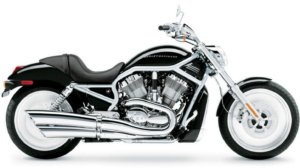 The Harley Davidson VRSC is one of the most dominant yet aesthetic motorcycles. The motorcycle comes in many variants offering a unique seating style and angle. The tires used are broad that will offer great grip on the road.

The control is well in the hands of the rider. Such features make the bike a great pick for anybody who is new to riding. A new rider is not necessarily going to be a young person in their twenties.

The VRSC is not only wonderful for the younger generation but will look classic in the hands of a more senior individual as well.

It has tubeless tires that will not get punctured easily. Fixing a tubeless tire is not too difficult. Moreover, they can be used even when the pressure is low. Another benefit that is derived from these tires is that they do not eat up the mileage of the Vrod.

Their lightweight nature assures that the Vrod is not obstructed by its maneuvers. It has a 1240 cc engine that offers a mileage of eighteen kilometers per liter. The price starts from $16,649 for the base model.

No matter which bike model you select, all of the above recommendations are still going to be a Harley Davidson.

If the brand name does not matter as much, then selecting the model that offers you the maximum benefits in your budget will be ideal. When on the road, all of them will complement your aura. 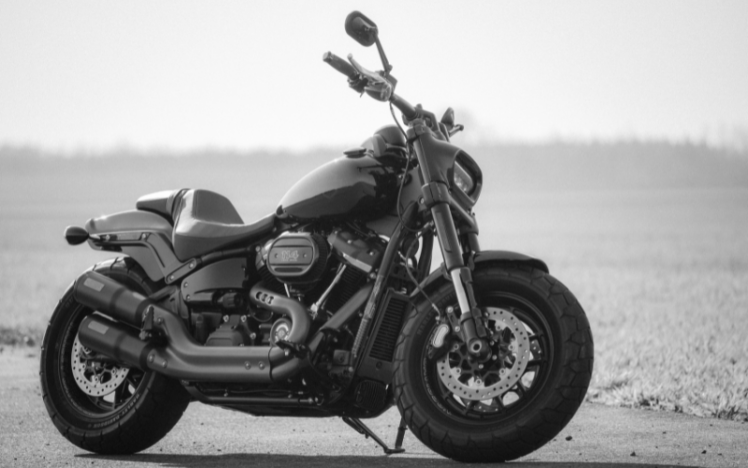 Harley Davidson bikes traditionally used to break down more often than other brands. It used to occur due to the excessive load that it was put under in races. Over time there have been many developments. These technological advancements have made the brand one of the most consistent and formidable machines.

Are these bikes harder to maintain than other bikes?

They are another piece of machinery. The build and standards might be different, but the basic functionality and components are the same. They will need to be cleaned and repaired more or less the same as other brands.

How expensive is it to upgrade Harley Davidson Bikes?

Harley Davidson components can be slightly expensive to purchase for new riders. Each component almost costs in the range of $300-$400. An overall upgrade will cost up to $3000.